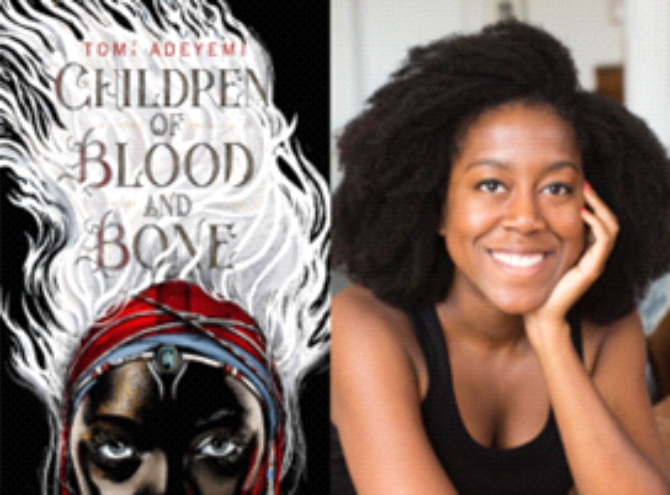 Growing up, I read a lot of books. While the adventures of Nancy Drew stole my nights, Enid Blyton’s books and the Sweet Valley High series entertained my friends and I after school hours. Those were the books of our childhood—the types of books that filled the libraries of most private schools. Though we were required to read books by Nigerian authors, our young minds could not comprehend the cryptic messages behind Wole Soyinka’s ‘Death and the King’s Horseman.’ Neither were we amused by most of the uninteresting young adult fiction available.

However, no matter how much we read, we could never relate to Allyson, who became prom queen and danced with her blue-eyed crush. Those books were just not for us. Consequently, I was pleasantly surprised after reading the first three chapters of Tomi Adeyemi’s ‘Children of Blood and Bone.’ “Here is a book for us,” I thought, “a hero for black girls.”

‘Children of Blood and Bone’ is Adeyemi’s debut novel and the first book of her ‘Legacy of Orisha’ trilogy. Released in 2018, it quickly dominated the fantasy genre, enjoying the type of success that most authors could only dream of. A year before it was published, the movie rights to the book were sold to Fox 2000 Pictures. And upon release, the novel debuted at number one on The New York Times best-seller list for young adult fiction, an impressive performance for a first novel.

The book narrates the journey of Zélie Adebola, a 17-year-old diviner, fighting alongside her brother and a runaway princess to return magic to her land after it was annihilated by a heard-hearted king determined to wipe it out completely. Embracing the tradition and folklore of West African mythology, Adeyemi touched on important societal matters such as colorism, racism, and power structures.

The Nigerian-American Harvard graduate revealed that she wrote a book set in West Africa so that “a little black girl could pick my book one day and see herself as the star…I want her to know that she’s beautiful and she matters, and she can have a crazy, magical adventure even if an ignorant part of the world tells her she can never be Hermione Granger.”

When I read the book, I felt like the little black girl it was written for. I could see myself as Zélie, going from Ilorin to Lagos to trade fish for my family. The indomitable Mama Agba was represented by my grandmother, who also had shaved hair and wrinkled brown skin. The characters and places in the book felt more real to me than in any book I’ve ever read. That is the beauty of the novel - the power of representation.

In the book, Adeyemi, who studied West African mythology, culture, and religion in Brazil, gave life to West African ancestral heritage. She beautifully portrayed our black gods and goddesses, who have been demonized by religion and colonialism. I am grateful for her celebration of African mythology. Perhaps, this book would help us to understand that, mythical or not, these gods are part of our history, and no matter how much we try to weigh them down with chains of civilization, they will always be.

While reading, I was also impressed by the subtle exploration of colourism. In a generation of millions of Amaris, who learn to hate the colour of their skin from childhood, Adeyemi’s explicit admiration and celebration of dark skin are needed. Zélie, Amari, and the black goddesses, whose radiant black skin shone like a calm night, are the best heroes for these girls.

Growing up, the books that my friends and I read influenced our writings. Our short stories, plays, and essays were mainly about Bellas and Jakes, vampires and werewolves. We never wrote about Moji, Danjuma, or Amaka because we did not know how to write about them. With ‘Children of Blood and Bone,’ perhaps, many writers like us would be inspired to write beautiful books about our culture. Possibly, we can dare to dream of success like Adeyemi’s by writing about Moji’s literary journey, Danjuma’s struggles in Gombe, or Amaka’s rise to fame.

‘Children of Blood and Bone’ is available to borrow from the Zaccheus Onumba Dibiaezue Memorial Library at 196 Awolowo Road, Ikoyi, Lagos State.

The Book - Children of Blood and Bone takes you through the journey of sufferings and pains. It shows that after much sufferings, there awaits joy.... Its a book worth reading over and over.